Precisely 17:00 an alarm sounds across the city of Warsaw announcing the start of the minute of silence commemorating the 74th Warsaw Uprising anniversary and to honor the memory of the fallen men, women and children who died fighting the nazis. And for one minute, all of Warsaw comes to a stand still in an impressive display of solidarity and honor.

Smoke filles the air as flares are lit, giving the surroundings a surreal otherworldly reddish atmosphere, blocking out the cityscape and dimming the blazing sun. Even the towering Palace of Culture and Science fades into the background as if time has moved us to a time before it was built.

And indeed, for just this moment, as the smoke thickens and the present collides with the past, calling forth feelings of what it may have been like 74 years earlier when War broke out and with it the hell that we know it was. The silence is deafening and I am in the middle of rondo Dmowskiego surrounded by people not saying a word and the feeling of it is powerful, and in this context, something I have not experienced before.

For the full minute, I am in awe at the scene around me, waching as the smoke curl and move freely thorugh the crowd of several thousand. Nothing else moves for the entire time and as the minute closes, a song emerges and fills the air as the crowd begins to sing in unison nailing home the emotion of the memorial.

They say a picture is worth a thousand words. Enjoy. 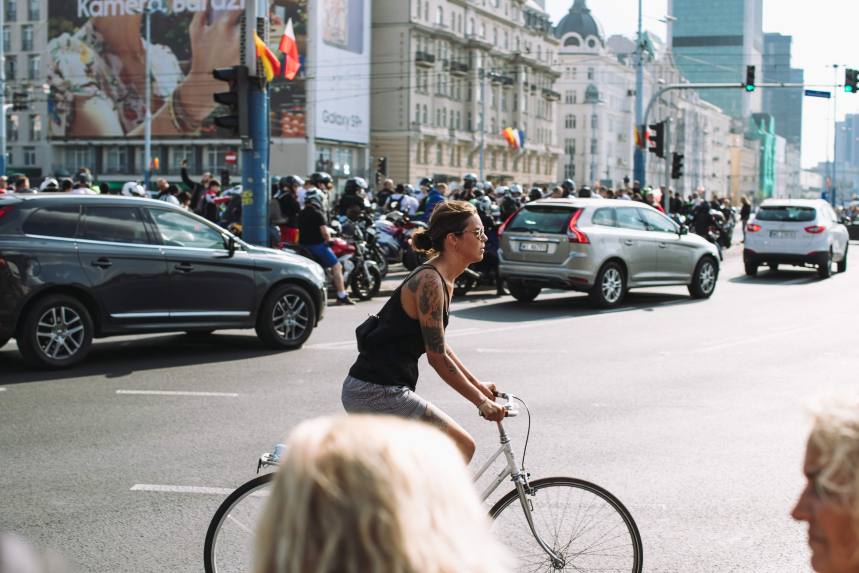 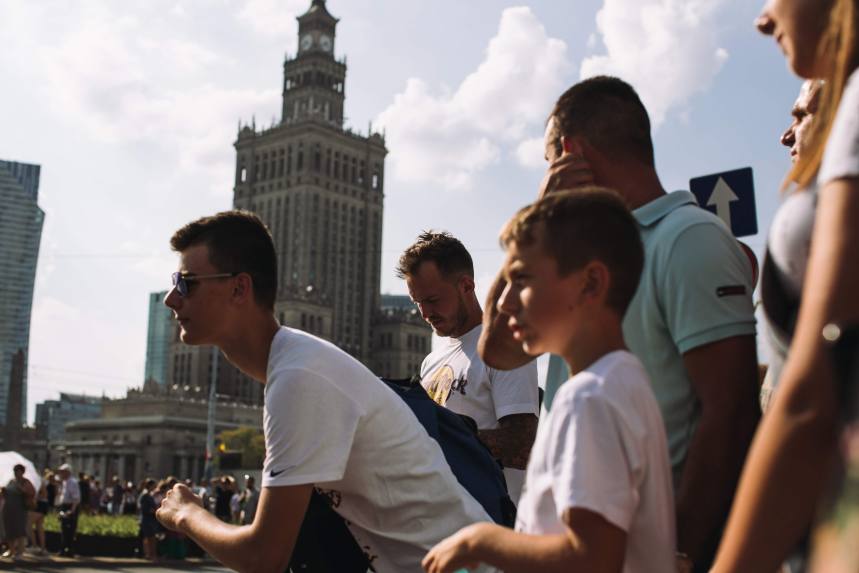 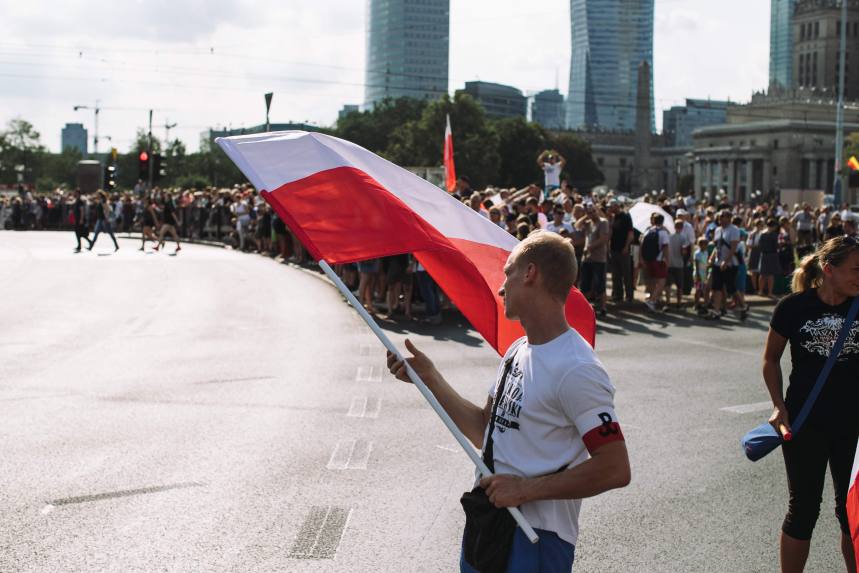 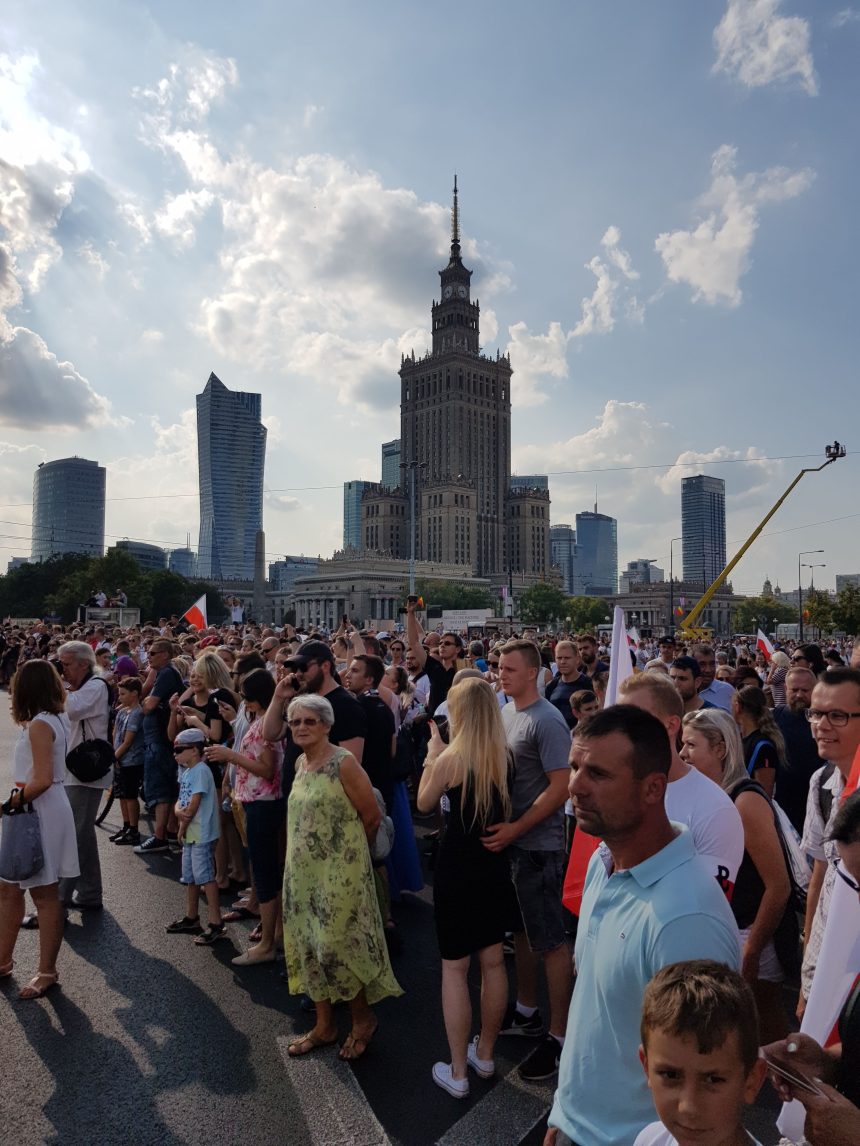 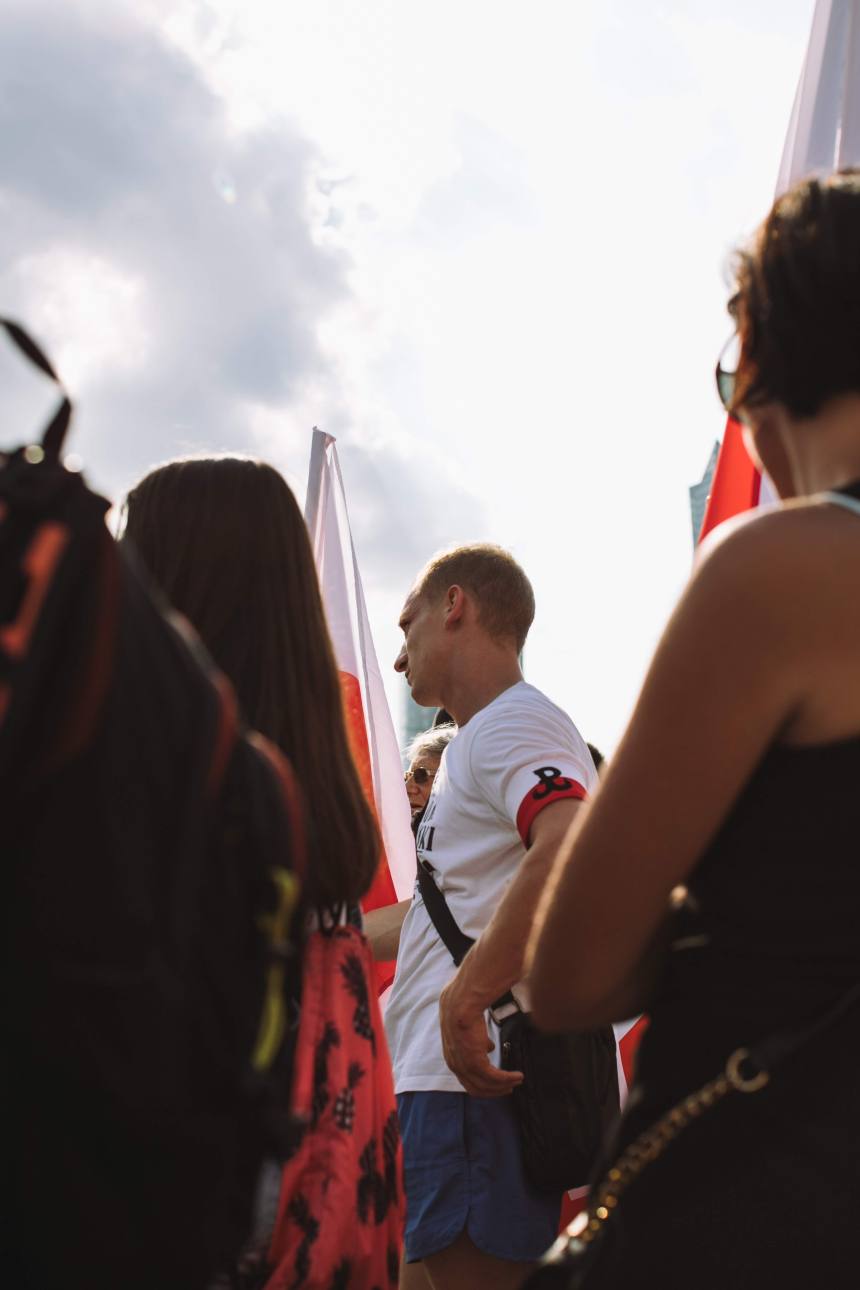 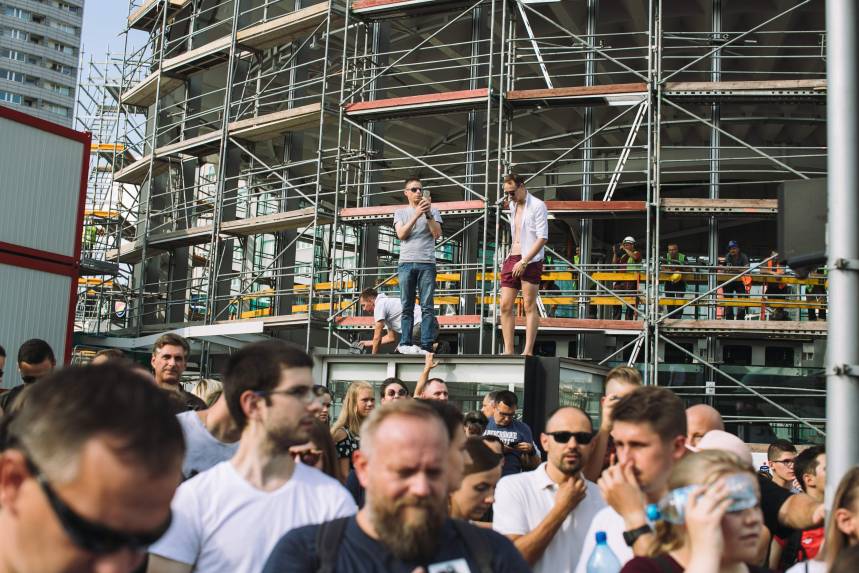 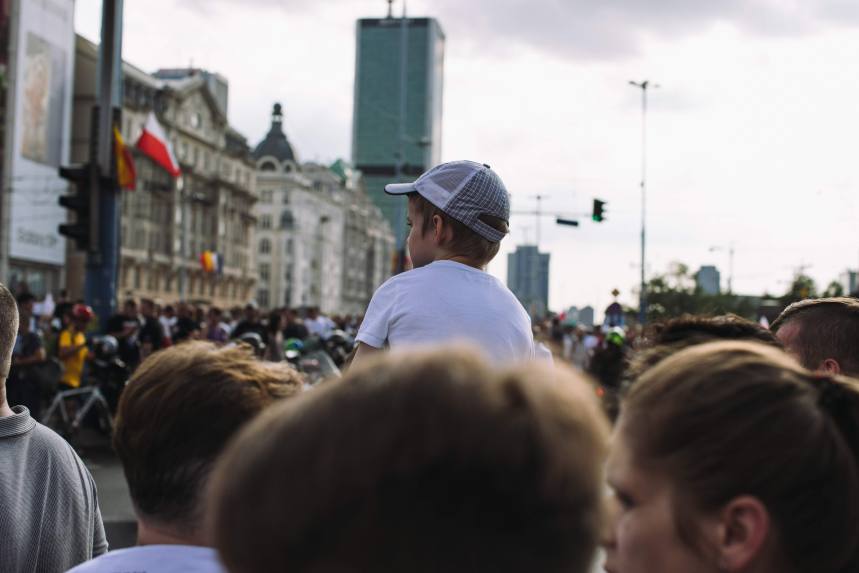 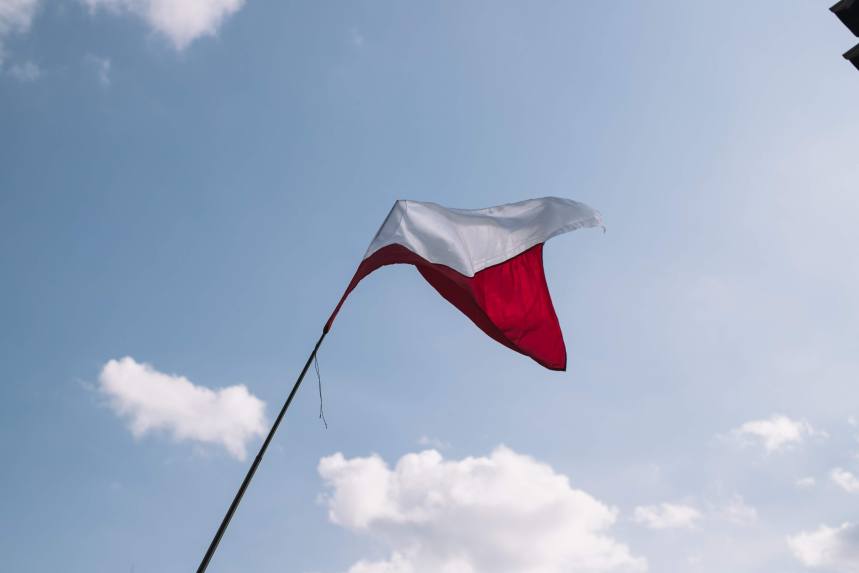 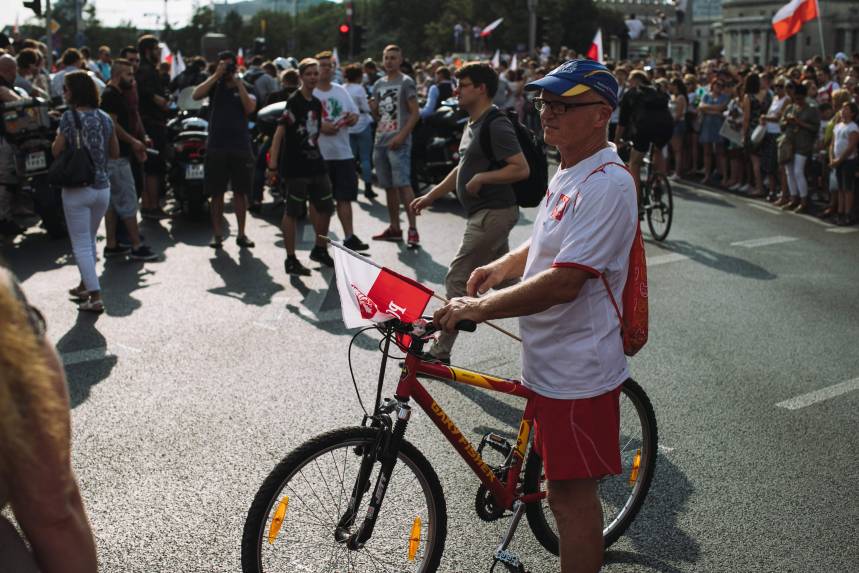 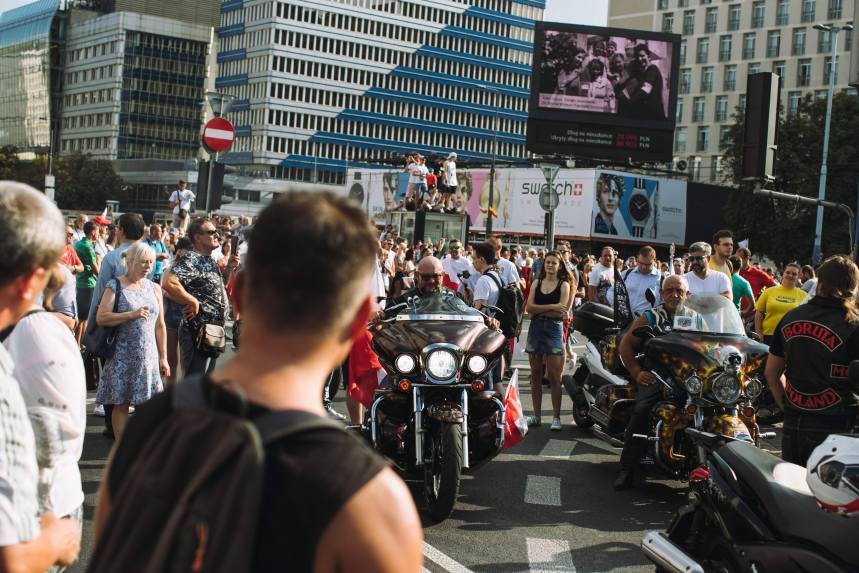 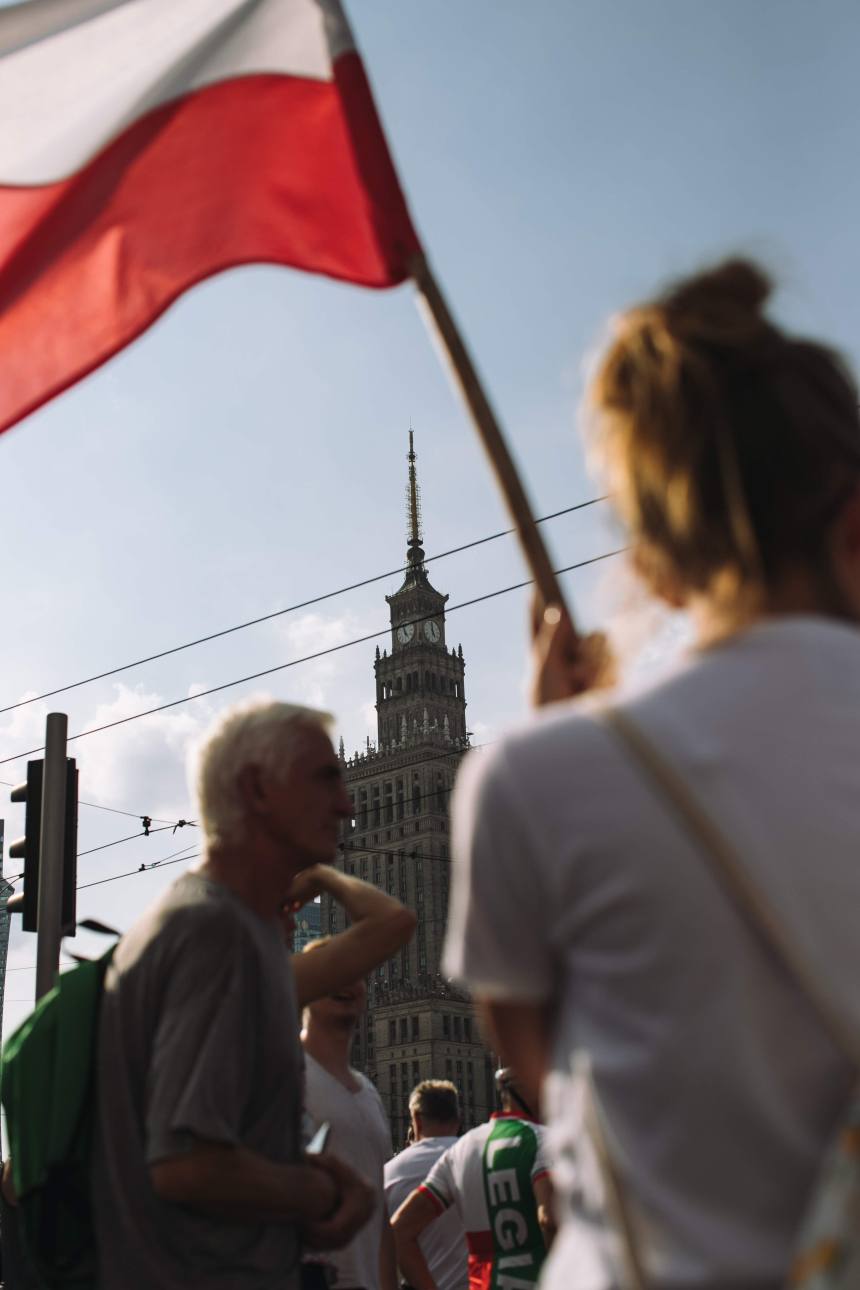 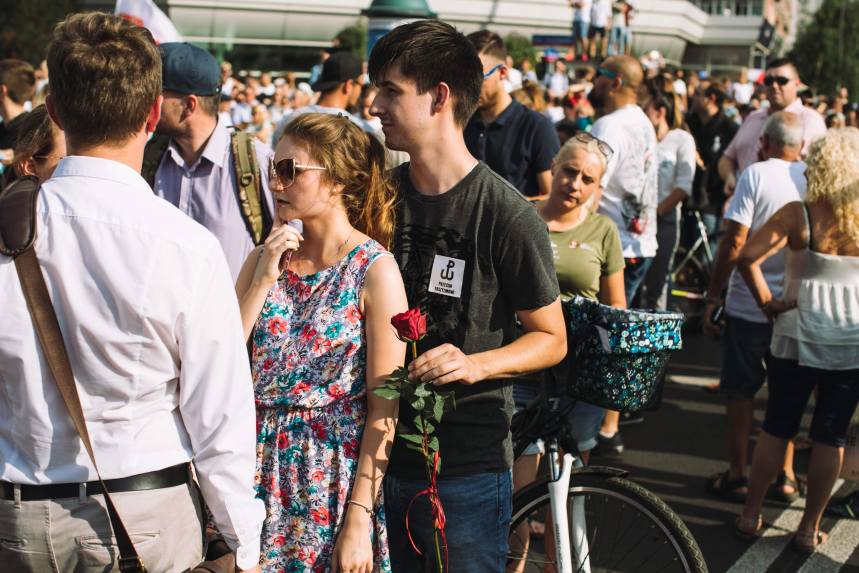 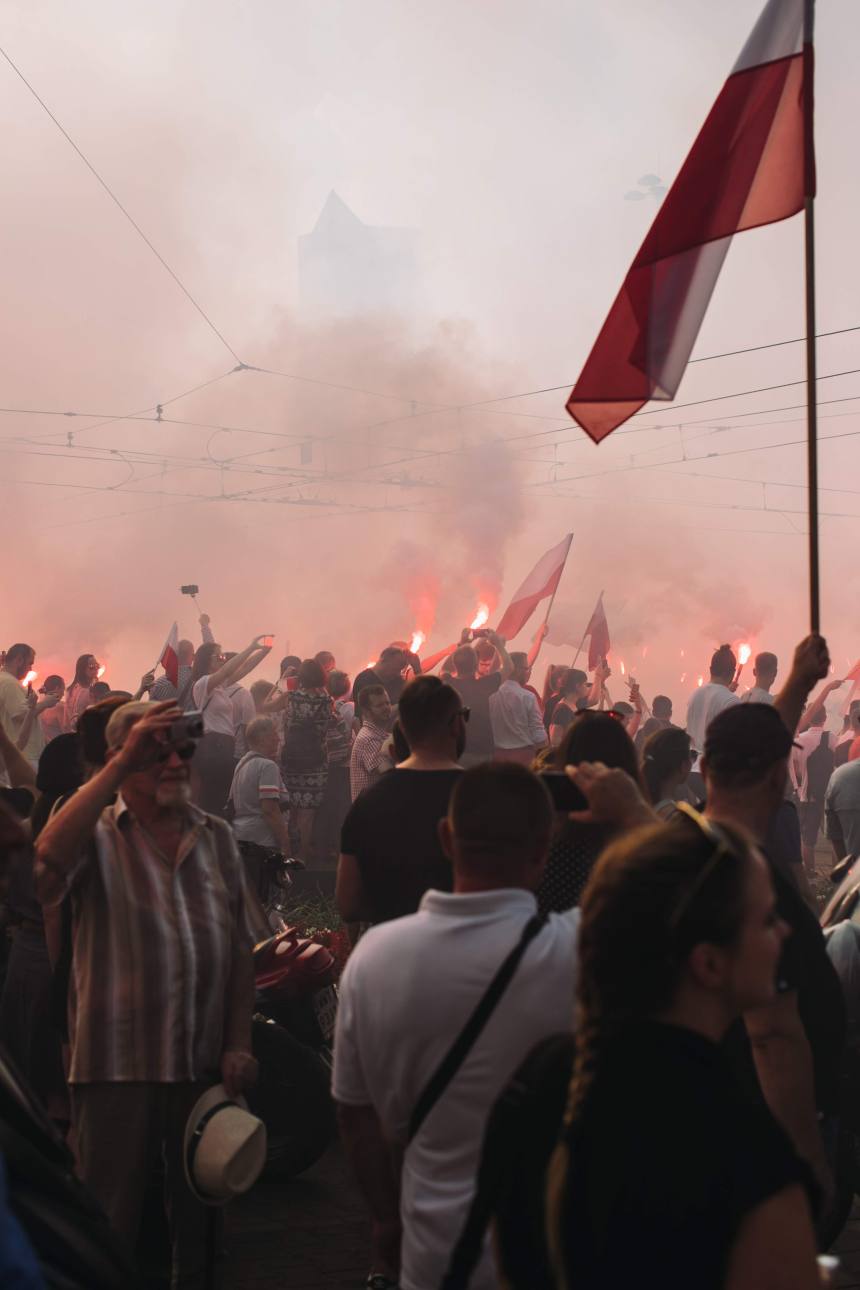 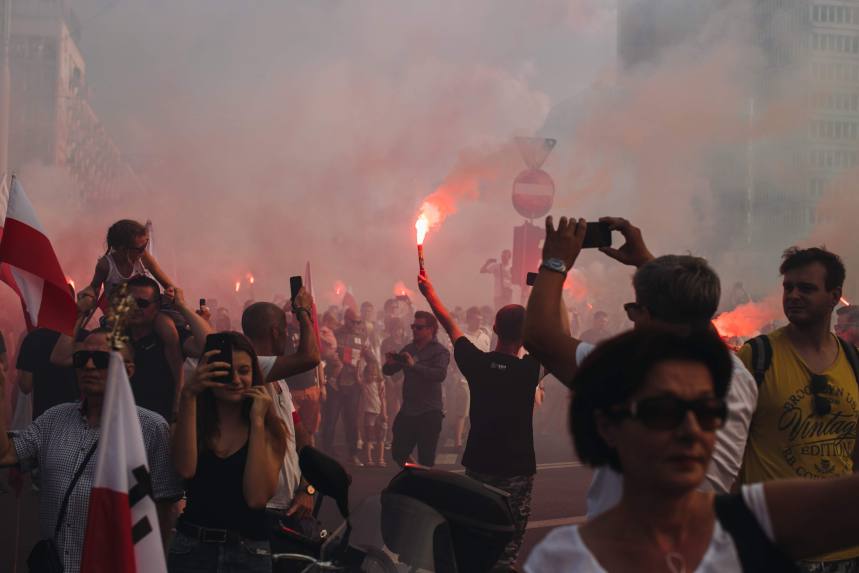 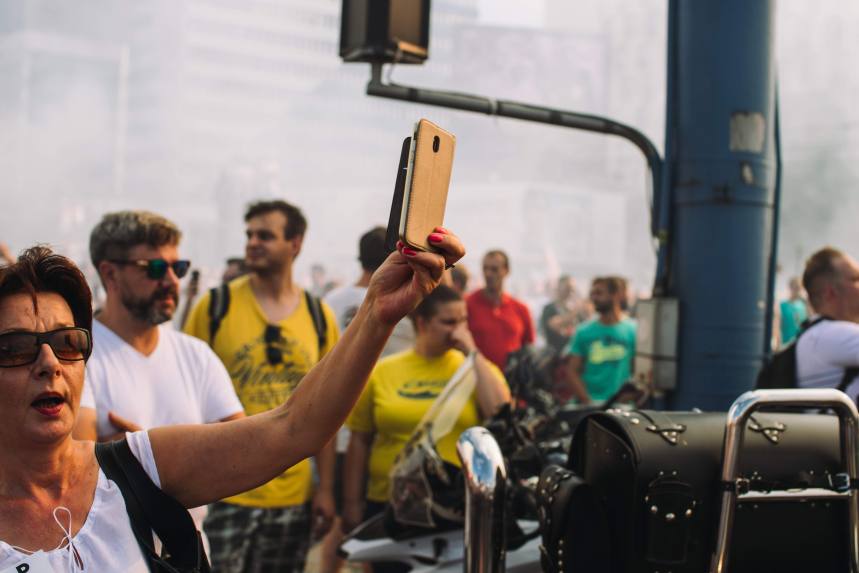 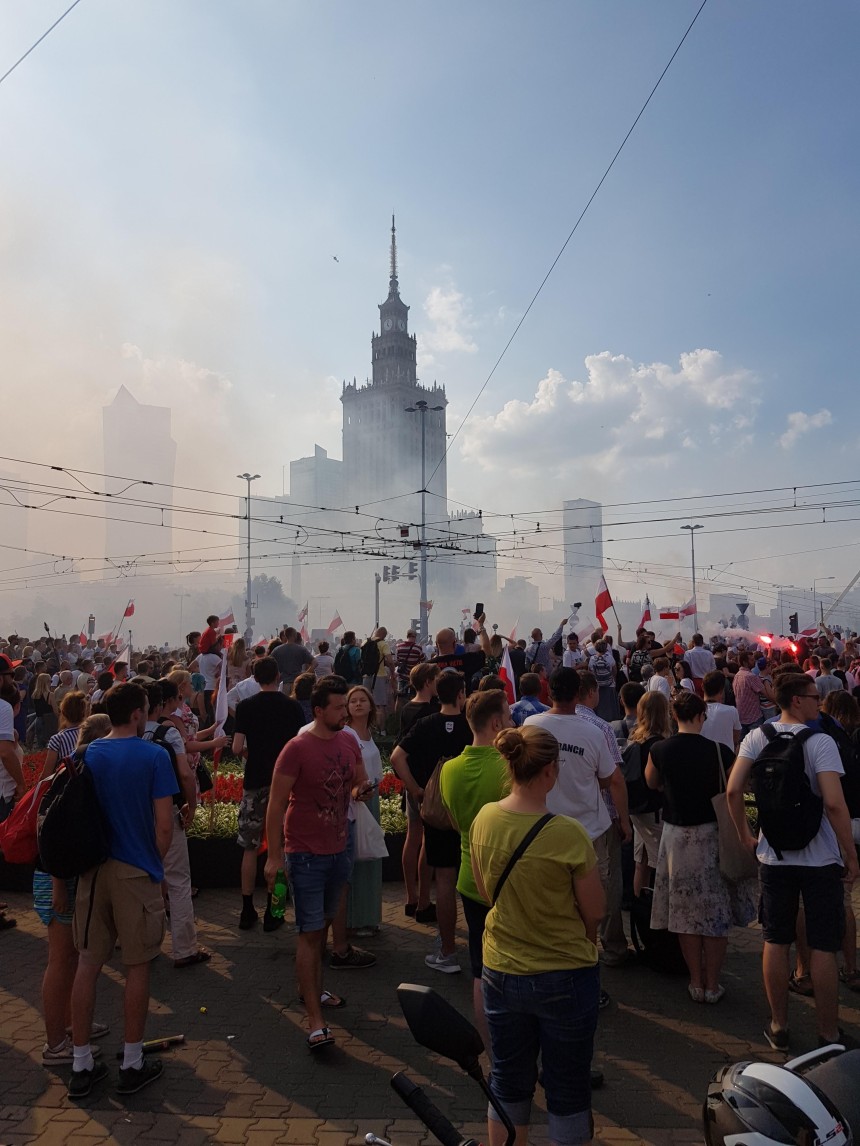 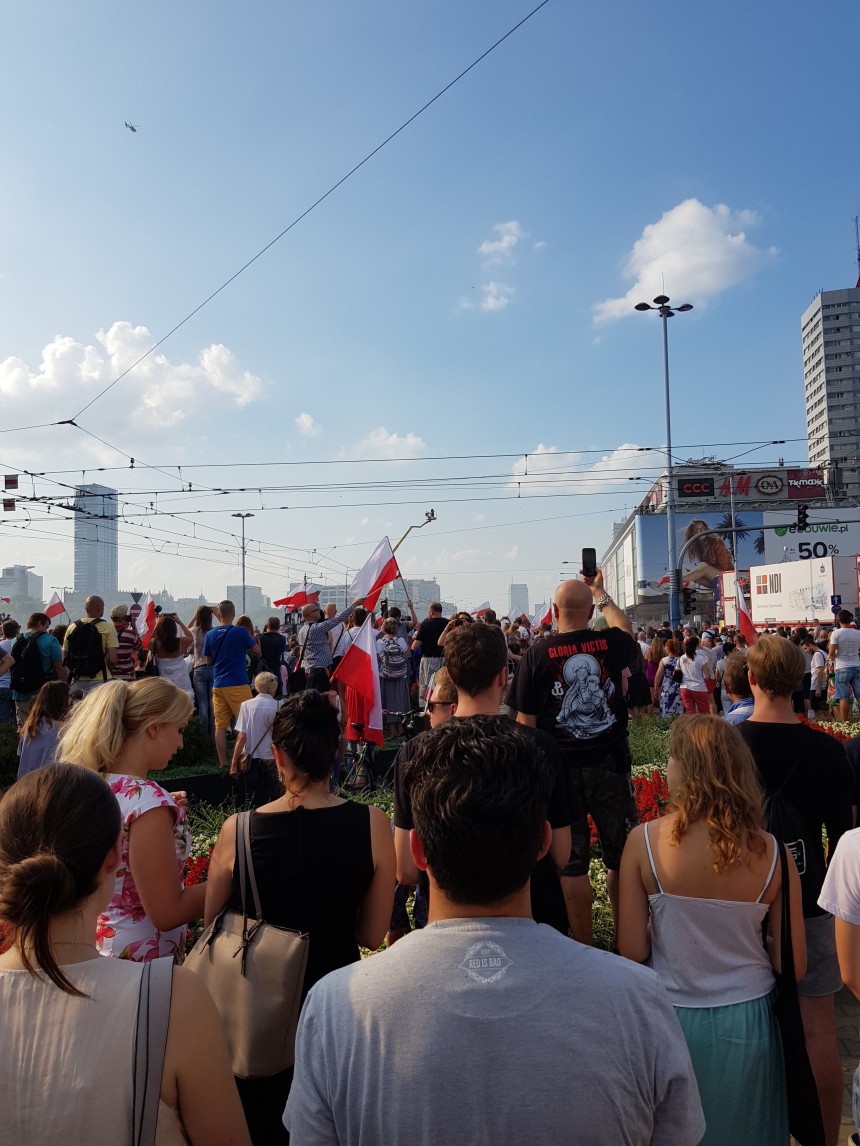 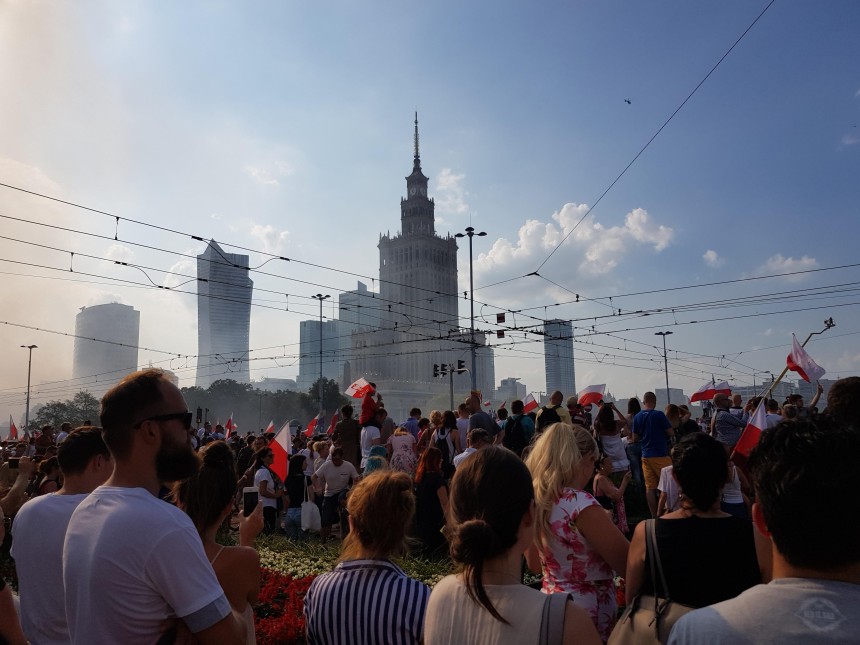 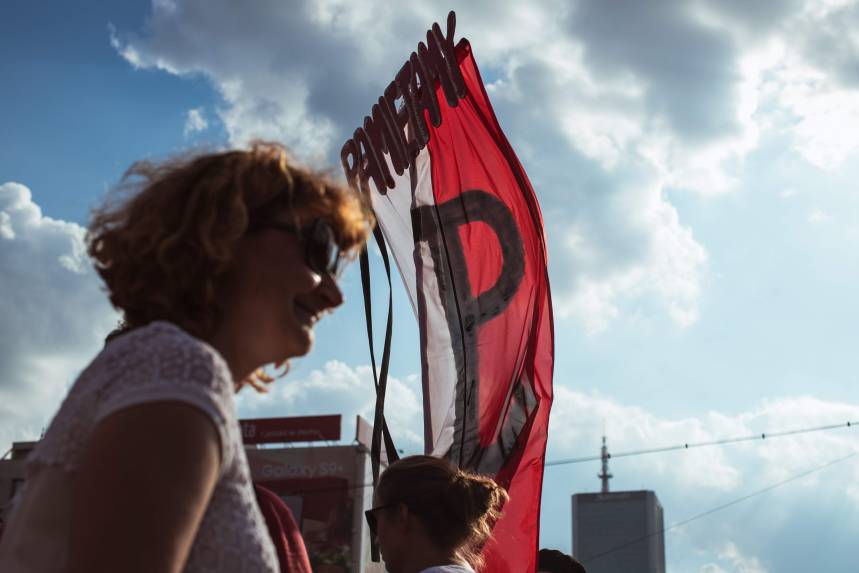 1 reply to One Minute of Silence, Warsaw Uprising